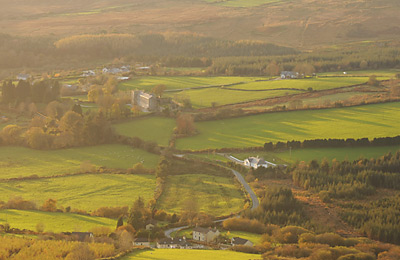 Aghavannagh, like Glenmalure, is a dispersed rural community located in and around the spectacular valley of the Aghavannagh and Ow rivers. The hamlet marks the most remote point reached by the Military Road from Dublin (built in the early 19th century across the Wicklow uplands to contain any resurgence of rebel activity in the years immediately following the 1798 Rebellion). The last of the five barracks located on the Road was built here in the early 1800s. Following the withdrawal of the military around 1825, ownership reverted to Parnell family from nearby Rathdrum, who used it as a game shooting lodge.

In 1944 An Óige (the Irish Youth Hostel Association) purchased the building for £350. Within four years the hostel had become hugely popular and accommodated an annual tally of up to 3,000 guests, rising to an incredible 5,400 in 1984. How much of this popularity was due to the existence of the nearby shop and "sheebeen" is not recorded in the An Óige records! Inevitably the steady deterioration of this 200 year old building led the eventual closure of the hostel in 1995. 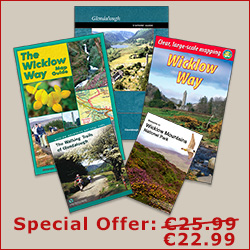 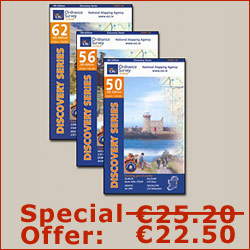